Bio
Vladimir Jaffe was born and raised in the Soviet Union. He left the USSR in the early 1980s due to widespread anti-Semitism and persecution, being Jewish and not in good standing with the Party or government. He is the owner of Palace Imports and an active member of the New York Tea Party. He gained notoriety after videos of his confrontations and dialogues with Occupy Wall Street protestors went viral.
Personal Rant

1. There have never existed Socialist/Communist countries.

2. Countries that use these words or claim to have such system are ALL in reality Totalitarian Dictatorships.

3. Only 2 such countries remain today: North Korea and Cuba. Used to be USSR, China, Cambodia, Angola, other.

4. The best political litmus test to see where country belongs to is to see if its citizens can leave it freely: if you get a bullet in the back of your head trying (like crossing the Berlin Wall), it’s a Totalitarian Dictatorship a.k.a. “Socialist” or “Communist”. 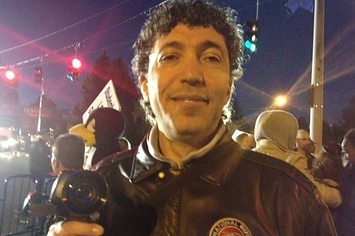 Meet The Former Soviet Citizen Keeping The Left On Its Toes
<b>Or trying to.</b> Vladimir Jaffe is "brave enough" to take on Occupy Protesters, says Judge Napolitano.
www.buzzfeednews.com
Go to top
r/socialism - Anyone know how to beat Vladimir Jaffe in an argument?
7 votes and 8 comments so far on Reddit SJW Tells Ex-Soviet Citizen He Should Be Thrown in a Labor Camp For Being "Racist"
Shock video out of New York shows a social justice warrior telling an ex-Soviet immigrant to the U
www.informationliberation.com
Go to top
Go to top

ͦ Got a favorite quote or piece of work from them? Or perhaps you know of another “red-pilled artist” that we’re missing? Leave a link in the comments below, post in the forums, or email us!
Go to top